Now a day's software is the baseline for the success of any organization. There is a huge demand of quality software in the customer-oriented market. Regression testing makes it possible but it’s a costly affair. Regression test suite minimization is way to reduce this cost but it is NP hard problem. This paper proposes an effective approach for regression test suite minimization using Artificial Ecosystem Optimization algorithm. To improve its performance a modified Artificial Ecosystem Optimization algorithm is proposed for Test case minimization. To evaluate the performance of proposed approach experiment is conducted in controlled parameter setting on open-source subject program from SIR repository. The results are collected and analyzed in comparison to existing approaches using statistical test. The test results reflect the superiority of proposed approach.

Software development life cycle comprises of various stages including an inevitable one called maintenance. Regression testing is conducted during maintenance and consumes almost 50-60% of total software development cost. Apart from it timely delivery of software products within budget in every maintenance activity is still a big challenge for industry. Hence, there exists a scope of improvement to reduce time and cost by improving the regression testing process (Augustsson, 2012).

Regression test case optimization is an effective way to overcome such issues.  There exist three different types of regression test suite optimization such as: Minimization, Selection and Prioritization (Yoo & Harman, 2010). Test suite minimization works by reducing the size of the original test suite that satisfies some test adequacy criteria. Test case selection focuses on selecting a subset of test cases from the original test suite. Test case prioritization on the other hand doesn’t reduce the size of the original test suite rather it reorders the existing test cases in some order so that they achieve some test adequacy criteria in decreasing/increasing order. In this paper author focuses on Test Case Minimization technique. To better understand the problem first we present a formal description of problem statement. “Software is a collection of programs  with test suites  respectively. For a program  the test suite  consists of a set of reusable test cases  . F denotes the K faults exist in   which can be covered by . We derive a minimized subset of test suite    such as :  where L < M. All the faults F must be covered from the test suite  to achieve the desired fault coverage.”

In this paper a new approach for Test Suite Minimization using Hybrid Artificial Ecosystem Optimization algorithm has been proposed.  The main contribution of the paper is as follows:

The structure of this paper is as follows. Section-2 briefly discusses the related works in the same area. Section-3 describes the proposed approach. Section-4 discloses the experimental setup and formulate the research questions. Section-5 report the results and answer the research questions formulated. Section 6 discusses the threat to validity and finally, section-6 concludes the paper with future extension of the proposed work.

Test Suite Minimization became important if the test suites are not maintained properly, this may result in enormous test execution cost and diminish the regression testing benefits. Various researchers have conducted various studies in test suite minimization and reduction.

The approaches discussed above claim that both heuristic and metaheuristic-based approaches have been proposed to address the test suite minimization problem but still a scope of optimization exists. In this paper first authors have applied original AEO approach for minimizing test case in test suite. In order to improve performance a modified approach is also proposed using Artificial Ecosystem Optimization. The proposed approach is further utilized for test suite minimization.

Nature is ocean of knowledge and inspiration; it’s an excellent example is ecological system. Nature intelligently maintains a perfect balance in ecological system. Zhao et al.(Weiguo et al., 2019) took inspiration from nature and proposed an effective nature inspired algorithm called  artificial ecosystem-based optimization (AEO) algorithm. AEO mimics the production, consumption, and decomposition behaviour of living creatures (Weiguo et al., 2019). The main aim of every meta-heuristics is to maintain balance between exploration and exploitation during their search process (Yang, n.d.; Kumar et al., 2018). In AEO, production, consumption, and decomposition behaviour is considered as operators (Weiguo et al., 2019). The role of production operator is to maintain the balance among exploitation and exploration behaviour while the consumption operator is utilized for to improve the exploration and at last decomposition operator is utilized to promote the exploitation behaviour. In this paper authors have proposed modified AEO to improvise the exploitation and exploration process by utilizing Equilibrium optimizer (Faramarzi et al., 2020) equations in AEO algorithm for test case minimization problem. Authors have used same problem statement as discussed in introduction section to explain the algorithmic process.

The producer is considered as the worst individual of the ecological system, which may produce food energy from natural resources such as water, sunlight & carbon dioxide. The decomposer is the one who provides nutrition to the producer. The producer will be updated or generated from the random value between lower and upper limits of the search space (test suites)  and the decomposer .

The mathematical representation of production operator in AEO is as follows:

In AEO, the linear weight coefficient decreases linearly from 1 to 0 using equation 2, while the proposed MAEO uses exponential function to decrease the value of  from 1 to 0 over the iterations. As shown in figure1 the exploitation and exploration will ranges 70% and 30 %.

The consumption operator is performed by all the consumers. Each consumer may eat either a randomly selected lower energy consumer or a producer or both. 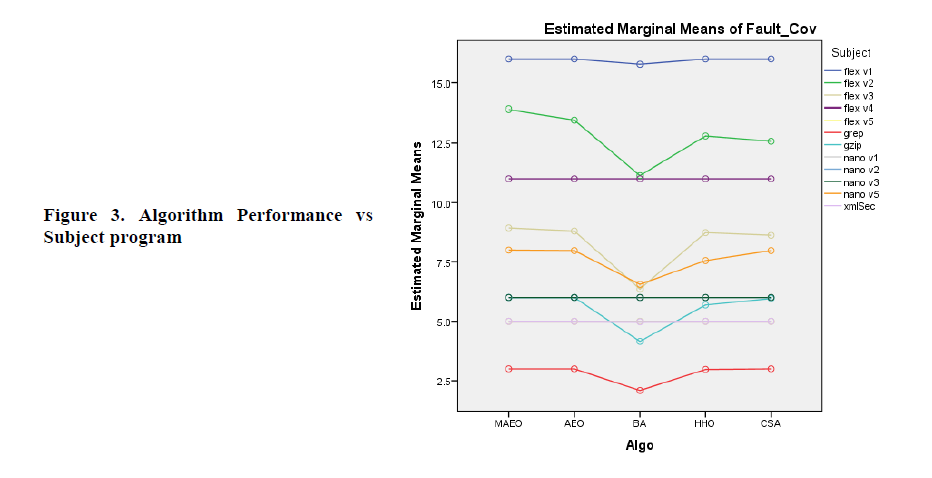 The mathematical representation of consumption operator in AEO is as follows:

The decomposition is most important operator and very essential process to maintain the functioning of an ecosystem as well as generates required nutrients for producer to help them in their growth. In the process of decomposition, when each individual of the population dies, the decomposer will break down chemically or decay its remains.

Here D (decomposition factor), e and h (weight coefficient) are three main parameters to spread the decomposer to each individual.

The mathematical representation of consumption operator in AEO is as follows:

The mathematical representation of decomposition operator in MAEO is as follows:

Generate random vectors of   random number vector of size [1- Dim] ranges between . , GP=0.5 to better maintain exploitation and exploration. The

In Eq. 17 first part of the equation reflects the decomposer represents the best solution so far in this iteration the second term represents the movement in the direction of random consumer which behave like direct search and third term is used for global exploration.

Experimental setup contributes significantly to evaluate the quality of any research, keeping this in consideration. We have conducted the research experiments to evaluate the performance of proposed algorithm. The algorithms and their control parameters considered for this study is as follows:

The proposed algorithm as well as existing approach is evaluated on benchmarked dataset consisting of 12 versions of 5 open-source programs. These versions are retrieved from benchmarked Software Artifact Repository in regression testing (Do et al., 2005) under controlled experimental setting. Table 2 present summarized details of fault data.

Table 2. Dataset retrieved and their characteristics

We have formulated following three research questions to compare the performance of proposed and existing approaches available in literature.

The following hypothesis is designed to answer our research questions RQ1, RQ2 and RQ3 respectively:

The experiment is conducted on subject programs under control parameters setting as shown in Table 2 and 3. In this experiment 15 runs of each algorithm is evaluated and means of these runs is utilized for performance evaluation. The values highlighted in bold are best from one or the other viewpoint. Table 3 present the means of dependent variable fault covered.

The bold highlighted mean values reflect the fault coverage by different approaches on different subject programs and different minimized test suites. The highlighted means reflect that the proposed MAEO performs superior to other compared approaches. However, to confirm the claim of superiority a two- way ANOVA test is performed. The test results will show the effect of independent variables separately and in combination on dependent variable fault coverage. The tests are conducted in SPSS 20 tool and results are shown in Table 4 below.

All the significance values listed in column 6 of table 4 are lesser than α, so we can claim that all the approaches are statistically significant from each other. Further we have conducted the post –hoc test Tukey’s HSD at 95% confidence interval to perform a pair wise comparative analysis of approaches for fault coverage and the results are shown in table 5 below:

The results observed from table 5 above shows that the pair wise algorithms is significantly different among others in term of their fault coverage as all the P-values are lesser than α. The result evident from homogenous subset of fault coverage of different algorithms in table 6 answers the Research question1 that proposed MAEO works better than other adopted Algorithms. The MAEO is superior then BA, HHO, CSA and AEO algorithm.

Table 3 and Figure 3 also help us to answer our Research Question 2. The figure 3 shows that except flex v4, nano v3 and xmlSec, there is a significant difference in the performance of algorithm. Table 3 also strengthen the claim of research question 2. So, we can conclude that a test suite size of 10 test cases is fair enough to perform regression testing without significantly affecting the fault detection effectiveness of RTM approaches. 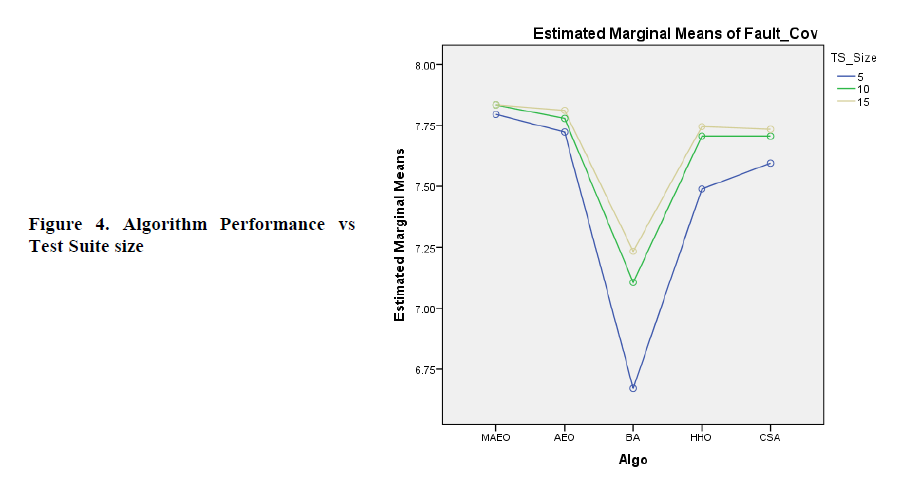 Table 8 and 9 answers the 4th research question. Table 7 shows that the execution time of MAEO is lesser than AEO and HHO but it is taking much time in comparison to BA and CSA approach. Table 8 also confirm the claim and reject the null hypothesis.

So, it is clear from the table 6, 8 and 9 MAEO is providing better fault coverage as compare to other algorithms and computationally costlier as compare to CSA and BA but better than AEO and HHO.

Threats to external validity limit the capability to generalize the results beyond the experiment settings which can be reduced by taking the more realistic experimental setup. To overcome such issues, we have adopted benchmarked subject programs from SIR repository to perform the experiment.

Threat to internal validity mainly affects the independent variables such as algorithms, subject programs and minimized size of test suite in our case. To overcome this threat we adopted algorithms available in literature, similarly subject programs and minimized test suite size. Threat to construct validity reflects the degree up to that the experiment setting imitates the theory. In our case stochastic nature of Meta heuristic algorithms has been addressed by running our experiment 15 times with 500 iterations each to collect the results. Means of these 15 runs has been considered.

Regression test suite minimization is very challenging problem under software maintenance. In each maintenance cycle running all the test cases is costly affair.  To these issues this paper proposes an effective Modified Artificial Ecosystem optimization-based approach for test suite minimization. The proposed MAEO with updated formulation maintains optimal balance in exploration and exploitation for test case minimization problem. All the three research questions are answered through empirical study:

Answer to Research Question 1: The proposed Modified AEO based RTM approach is significantly superior to other adopted approaches.

Answer to Research Question 2: Yes, there is significant impact of subject program on performance of algorithms.

Answer to Research Question 3: Yes, there is impact of minimized test suite size on fault revealing ability of algorithms. The Test suite size of 10 test cases is sufficient in mostly cases.